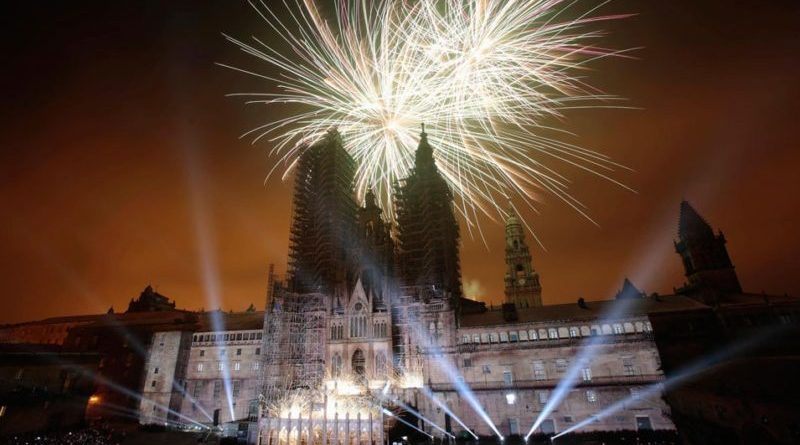 “We have this treasure in clay jars…”

“We have this treasure in clay jars, so that it may be made clear that this extraordinary power belongs to God.”

The more I read about holy people the more I become aware that they are people who are deeply flawed, and profoundly fragile. For example, during Lent I read Gandhi’s autobiography which reveals him to be a person with a great many faults. His treatment of his family was harsh. At times you wonder how such a self-opinionated bighead could become the man so revered by many.

Those who were close to Mother Teresa found her very difficult to get on with. Holiness is often attractive at a distance, but pretty hard to live with close up. As those who met Jesus found out.

Today we are meant to be celebrating St James the Apostle. Yet our gospel story is hardly flattering. In St Mark it is James and John who seek glory. Matthew, writing some time later – by which time James and John were revered – makes a slight alteration to the story. Here it is not the brothers who ask, but their mother. However you tell it – neither version is flattering.

Jesus himself gave James and John the nickname – Sons of Thunder, perhaps remembering the time they wanted to call down lighting to destroy unfriendly villagers.

I don’t know if you’ve heard of Simon Parke. He was a vicar who felt he’d lost his way so resigned from the church and went to work in a local supermarket. He wrote a book called Shelf Life telling of the characters he met whilst stacking shelves, people through whom he rediscovered what life and faith is all about.

We invited him to lead a parish weekend, one of the themes he kept coming back to was of our need to be dismantled. To have our self-importance, self-reliance, self-seeking, undone.

Do you remember the BBC2 comedy Rev? Following the various mishaps of the Revd Adam Smallbone as he begins a new ministry in an inner city parish. The dialogue and the storylines might offend some, but what I rejoice in are the times when Adam says his prayers. Sometimes kneeling in his gloomy and empty church, sometimes whilst washing the dishes. But he tries to keep in touch with God.

In one episode Adam was tempted by the apparent success of a former friend. A man he trained with was now a regular contributor to Thought for the Day, and often appeared on television. Everyone thought him witty, clever, and tipped for promotion. By contrast, ministering to a small inner city congregation seemed rather unglamorous.

The Archdeacon didn’t help. He encouraged Adam to want to get on, but there was painful fact – there are 10,000 vicars in the Church of England and only 350 top jobs. Promotion, he said, was a likely as becoming a General in the Chinese Army.

I think the script writers got that bit only half right – what they are doing is what Simon called a bit of dismantling. But the truth is that there are 350 bishops and archdeacons – and 10,000 top jobs.

In the end Adam’s successful friend was revealed to be an empty, lonely, desperate man. All his fame and success was an attempt to fill a void – it was he who envied Adam, in whose day to day life of little tasks the real glory was present.

I used to take groups of children on tours of our church. One day I received a letter from a child saying how much they had enjoyed their visit. I was rather chuffed, but then I read on. Their favourite bit wasn’t ringing the bell, dressing up in the robes, gazing at the glorious stained glass, or the vicar’s witty explanation of the various parts of the church.

No, their favourite bit was the font. Because when you pulled the plug out and the water swirled down the drain it made an incredibly rude and funny noise.

Letters like that mean the world. The delight and laughter of children are of immense value. This is treasure – in clay jars. Remember the clay jars – but take very seriously the treasure within.

We honour James the Apostle – and what do we know of him? We know he was a fisherman. We know he was probably closely related to Jesus. We know that he and his brother were sometimes impetuous. We know that at significant moments the two of them were often present as part of a very small group. We know that they, like the other disciples, had designs on promotion when the new kingdom dawned.

We honour James because he is no saint – just a man – but a man who in the end remained loyal, in end trusted, in the end understood.

The wonky clay may be reshaped – it will only ever be clay – ordinary and fragile – yet clay may hold treasure, and the ordinary may be used to contain the extraordinary.