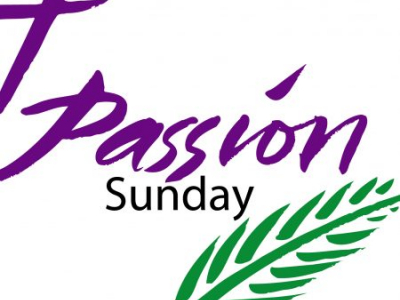 In 2018 I attended a conference in Manchester for those involved in Cathedral ministry. I came home with several things. A whistle, a genuine ACME Thunderer, the gift of an after dinner speaker who informed and entertained us with the history of Joseph Hudson who in the 1880’s developed the first police whistle.

Did you know that before the ACME whistle football referees had to call attention to a foul by waving a handkerchief? Not very effective. Joseph Hudson’s whistle have played their part in policing, sport, maritime safety, military communication and as Fiona will testify – calling over excited children back into class.

I also came home with several books, some useful contacts, a job offer in Australia, and a cross.

The first Christian sign was the sign of the fish. You will have seen it on the back of cars. A simple line outline in the shape of a fish. It was used by Christians to mark places of gathering, family homes where the church met to worship. In Greek the word for fish is ICTHUS – the letters of which stand for Jesus Christ, Son of God and Saviour.

Yet it is the cross which is the most universally recognised sign of the Christian faith. And if you think about it that is odd. The cross was a Roman instrument of putting someone to death in the most humiliating and agonizing way possible. It was a slow death, stripped naked and robbed of all dignity. The cross was a deliberate tool of political oppression. As I said recently, the message of the cross is that this person doesn’t count.

So why did Christians, this new movement of friends of Jesus, use the instrument of his death as a sign?

If someone asked you that what would you show them?

Our pictures of Jesus are of necessity no more than imaginative. Some of them very badly informed. You can probably remember images of a handsome blond-haired blue-eyed Jesus – forgetting entirely that Jesus was Jewish.

People nearly always portray Jesus as they would like him to be. On the one hand there is Jesus meek and mild who wouldn’t say boo to a goose and certainly wouldn’t present any disturbing questions. On the other is Jesus the freedom fighter, the wild revolutionary, malleable to whatever ideology you’re wanting to promote.

To this request Jesus gives an unexpected answer. Unless a grain of wheat falls into the earth and dies, it remains just a single grain; but if it dies, it bears much fruit.

During our conference we met at St Anne’s church in the middle of the Manchester shopping centre to listen to the Archbishop of York. Outside the church there is a bench on which is a sculpture of a homeless man sleeping. He is wrapped in a blanket, you cannot see his face, only his feet stick out.

And they are pierced feet. This is an image of Jesus, as a homeless person sleeping on a bench.

It is in stark contrast to the glitz and glamour of the surrounding shops. Its poverty is shocking in the midst of so much wealth and money spent on ourselves. You come out of a shoe store with your shiny new shoes and there are cold naked feet pierced by nails. The buildings tower upwards, modern and clean, our Lord appears tiny and insignificant so low and on the edge.

It reminded me of a story, of a lady hurrying to a prestigious exhibition of religious art. Near the entrance she spotted a huddled figure sat on the pavement with a cup begging for coins. She kept her head down, didn’t make eye contact, and hurried past.

The exhibition was everything she’d hoped for. Beautiful treasures speaking of God’s glory and transcendence. Paintings that spoke of peace and joy. Sculptures which were breathtakingly powerful. Until she came to a sixteenth century sculpture, Christ on the Cold Stone, depicting Jesus naked, alone, awaiting crucifixion.

As she left the exhibition she came again to the homeless person outside. And saw them differently.

Jesus’ answer is that those who wish to see him need to let go of themselves. We cannot see Jesus if the Jesus we seek is the Jesus we want. It is only when the grain falls into the earth and dies that it bears fruit. The grain that is kept safe does nothing. It just eventually rots.

The cross then is why Christians know who they are.