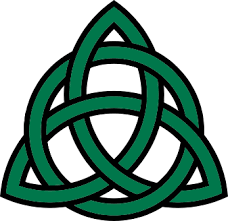 Our Gospel reading is from Matthew, Chapter 10, verses 24-39

It is wise to take seriously the difficult bits of scripture. We have a tendency to steer towards words of comfort and hope, stories which are encouraging and easier, and the same tendency may lead us to give hard words a wide berth.

But the hard words matter. In a Benedictine community the Rule is that every morning you turn to the Psalms. Benedict is very clear in how the Psalms are to be read. At the dawn of every day the community face two realities, that life is tough and that God is faithful. The first Psalm is a reminder that life is not perfect, struggle is to be expected, dangers are set before us, we are not as much in control as we think we are. So the first Psalm is a cry for help, a plea to be saved from depression. Having faced that the community are ready for the second Psalm, a continual offering of praise and thanksgiving for God’s enduring faithfulness. We survived yesterday, we prepare for another day, God is with us.

The same is true for Sundays, the pattern of Psalms points us to the week ahead, the journey from one Sunday to the next, knowing that we can rise to the challenges, face the dangers, survive all that dismays, not because we are faithful but because God is.

Hard words indeed. Let’s look at a bit of context. Times of crisis change the world. As we have said many times, when this is over normal will be different. We know very well that in Jesus’ time there was deeply rooted hostility between Jews and Samaritans. We see this reflected in the parable of the Good Samaritan. That hostility stemmed from the time of the exile when large sections of the Jewish population were taken captive in Babylon.

People away from home have a habit of being very focused on their identity. Brits living abroad are often more staunchly British than those of us living at home. People become rather rigid about who belongs and who doesn’t.

So for the Jews taken into captivity their identity, their culture and their faith mattered hugely. They became more distinctly orthodox, they didn’t mix with the locals, they avoid foreigners, they focused on their rituals as reminders of who they were.

This can give great strength to a community that feels under threat. And of course such fears can be exploited by those with more hostile agendas.

When the exile was over and the captives returned home, taking with them their strict practices and observances, they met their neighbours who had been left behind. Such people hadn’t experienced life in a strange land, they were less fearful about their identity, their practices were more relaxed. The returnees were horrified, they saw the locals as far too liberal in their views and behaviour and conflict between the two groups ensued. So we have the Jews and the Samaritans and generations of mistrust, hatred and violence.

What Jesus is calling people to is a new community. One which rises above previous identities and old loyalties. He is shaping a new kingdom, and new family, and we have to let go of the past.

In the news this week was a photograph of a man carrying another man. Patrick Hutchinson said he was only responding to a human being on the floor, and with the protection of others he carried him to safety. He didn’t have to do that. The man wasn’t on his side, quite the opposite in fact, but that didn’t matter. The decision to act was based on a different idea of identity, a wider view of belonging.

When we speak of the Kingdom of God we are looking for that moment when every person is recognised as God recognises them, without reference to anything else at all.

Knowing this is one thing, doing it is another. Which is why Benedict reminds us every day, every morning, this will not be easy. But take it one day at a time, and today be that person who lives as member of that wider community through which the Kingdom of God draws closer.

deepen our faithfulness to you

and to your living Word,